You know how it goes, fam. A Nike Kobe sneaker drops it like it’s hot and heals them burns with a hyped Protro about a decade later! The freshest example of this collaborative strategy is the Nike Kobe 5 Protro Bruce Lee. Which dropped in two colorways ten years after its $1,000 worth OG. Sealing the deal on the warrior dragon, Nike Kobe proceeds toward a Holiday special: the Nike Kobe 6 Grinch Protro!

This popping colorway takes after the all-time Christmas antagonist: The Grinch. The OG Nike Kobe 6 Grinch pair that debuted on the LA legend’s feet in 2010 is currently valued for at least $2,000 on GOAT. It even has kids sizes reselling for a minimum of $1,500. Fingers crossed the Protro doesn’t fall far from the OG. We ain’t letting no Grinch steal Christmas this year! 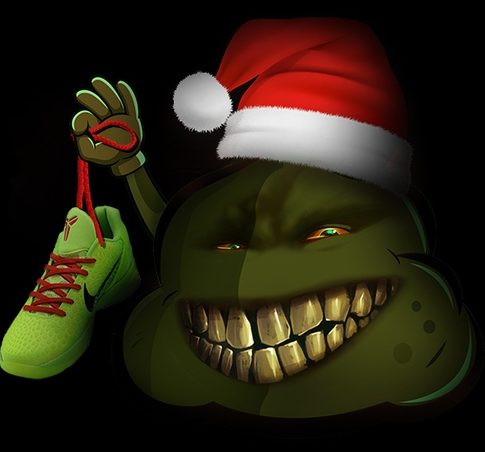 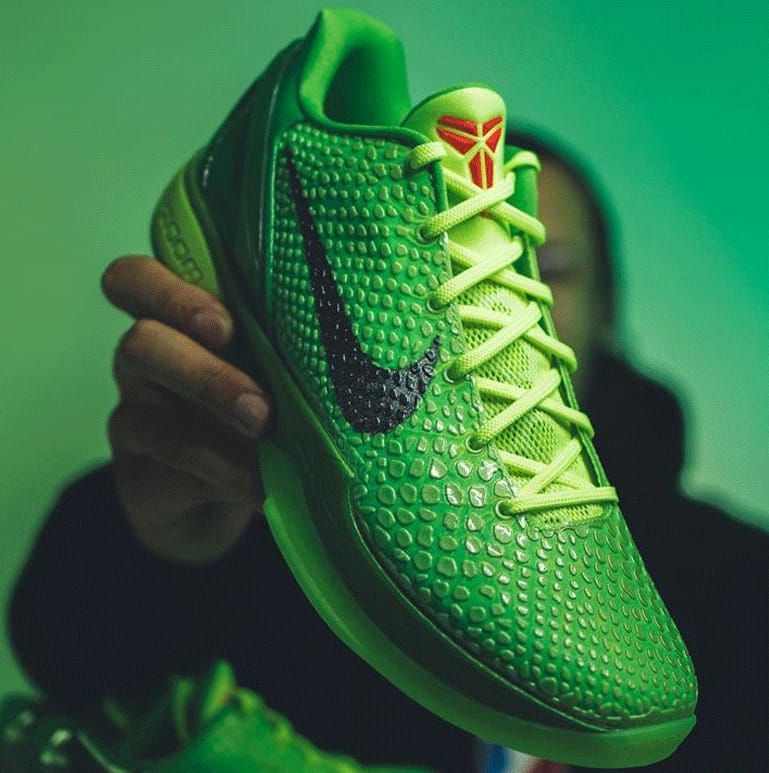 Similar to the Nike Kobe 6 Grinch of 2010, this year’s Protro cooks up the same volty apple green exterior. Moreover, a reptile-inspired upper adds “shade” to this Protro’s wicked appeal. This year’s colorway nods to the legendary Nike Kobe OG. The only tweak (in the right direction) is that this year’s release features a Zoom Air unit. To promote its Protro or Performance Retro function. If you’re wondering why this tweak even matters, ask yourself the same question when you resell this to BB players for lots of cash. Because in the sneaker game, there ain’t nothing like wearing a legend you can play in. Plus, it’s part of Kobe Bryant’s legacy to promote sneakers that boost your sport game and not just your style.

Ready to Get Cozy With The Grinch?

Expect the Nike Kobe 6 Grinch Protro to drop on December 24 for a retail price of $180. It is currently worth $1,000 on average on resale, which makes it the perfect catch on Christmas Eve! You “better watch out” for this release on retail, fam. Your Holiday spirit be trippin’ if you plan on buying thousand dollar kicks on resale.

So, if you’ve got TSB on your side this Christmas, you’re about to get real cozy with The Grinch! And if you like the idea of huddling up with this timeless villain, keep posted @The_Shit_Bot this December. We might not be restocking again this year but we ain’t holding back on them Holiday treats! So if you’re looking for a chance to hook up with The Shit Bot just in time for the New Year, keep a close eye on our Twitter page and hop in when the moment presents itself.