When the Court King steps out of his indoor mansion in support of an annual streetball tournament, it’s gotta be big. Quai 54 is traditionally hosted in Paris every summer. Seconds away from the Eiffel Tower. In the city’s eighth arrondissement croissant. Which means players be kicking some a*s with a majestic background view! Can’t beat that. Also can’t beat the fact that MJ sponsors this tournament. To get basketball poppin’ on the last weekend of every June since 2003. With the Jordan Quai 54! Unfortunately, this year’s tournament has been postponed due to the pandemic. But Jordan’s collaboration with the “Pa-GH-is” spirit is clearly relentless. As The Shit bot is when it comes to copping all-region Nikes!

Our Latest updates were stronger than Laxatives 💩

How Jordan Quai 54 Became a Thing 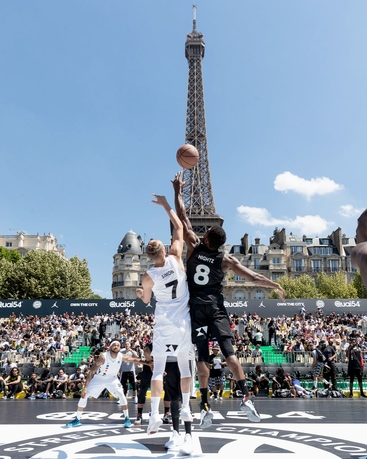 Partners Hammadoun Sidibé and Thibaut de Longeville didn’t just root for annual streetball in Parisian culture without any drive. Quai 54 was inspired by the New York playground basketball scene. That’s probably more of a reason why Jordan Quai 54 became a thing. NYC is rooted in American culture. And to take that flavor and whisk it into some French onion dip, it’s more likely that Jordan will feel at home. Even enough to offer his sponsorship.

Jordan Quai 54 is handling this year’s AJ6 with Sail Boat care. Which the overlays are all for. And the underlays pay tribute to the NYC playground theme. So it’s got that playful edge but the execution is downright classy. The tongue is supported by a baroque brown mechanism. That hangs around the heel area for double back support. And the insoles play with the playground theme for a stretch that’s worth it. Basketball and streetball fans, this one’s for you. And US citizens, it’s dropping on the FOURTH OF JULY! For a retail price of $200. So you know what you’ll be buying your favorite sneakerhead this summer. And it is reselling for $750 on average on GOAT. So it’s got freedom in the bag like the hype Jordan it is! 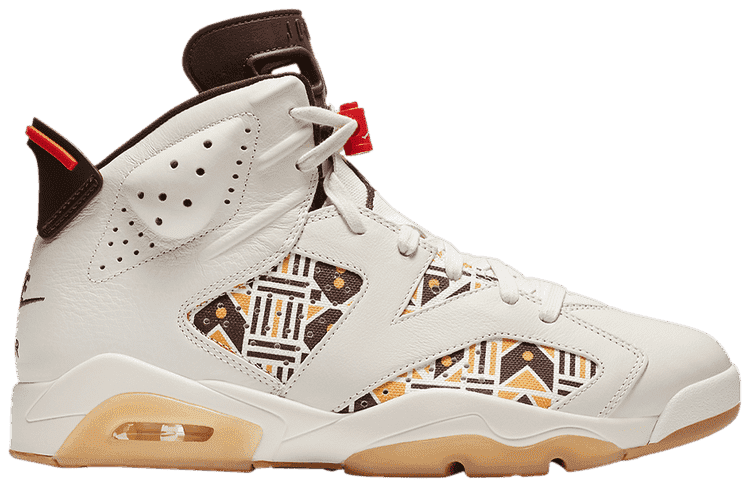