Jordan 1 Hare: Story, Looks, and a Drop for the Books!

August 2022 is giving us a hot sneaker summer vibe. And if you ain’t catching the vibe yet, now’s the perfect time to do so! The new Jordan 1 Hare is a sick pair to get you on the right style path. It’s gonna be a mashup of modern tech and sneaker culture nostalgia! Why though? What’s so special about this Jordan 1 High Zoom CMFT? Read on to find out! But if you’re more of a classics person, the new Stussy Air Max 2013 collab should be down your alley. 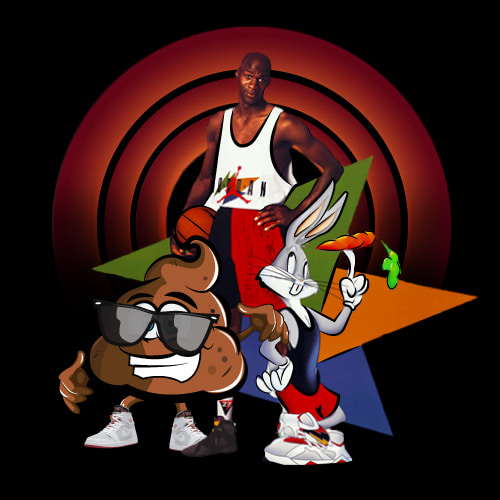 Our story starts in 1992, a year that was a turning point on many levels! First, the Chicago Bulls were returning from their first Championship ring in 1991 and ready to get it again. Second, Jordan Brand became an independent brand, as its marketing showed. Third, the Olympics were around the corner, and the Dream Team was ready to take on the challenge. With all that shit going down, you had to drop a silhouette to immortalize that year. 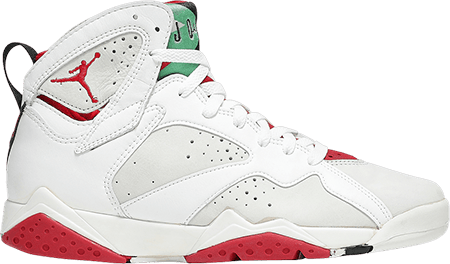 And naturally, JB did not disappoint with the epic Jordan 7! But the silhouette itself wasn’t very shocking. It looks dope, of course, but the commercial kinda put an even hotter spin on it. We loved seeing Michael Jordan on our screens because he’s the idol many wanted to be like. But getting our favorite Looney Tunes character on board? Well, that was some culture-shift material, no cap.

When we think OG colorways, we usually say “oh, Chi red and UNC blue!” But when Jordan 7 came, it was all about the colors! Although it stuck to the overall white and red color palette, the tongues and outsole had something else to say. They featured a cool mix of colors: yellow, black, green, white, and red! And obviously, the massive size of the tongues made the colors hard to ignore.

In addition to these OG babies, we got the Olympics colorway, Cardinals, and classic black and red. But of course, Hare Jordan was Bugs Bunny’s favorite pair, and that instantly made it cool! Today, the OG Hares are worth almost $600 on the resale market. That colorway retroed in 2008, 2011, and 2015. Check out the OG commercial below:

Okay, it’s wishful thinking, but we hoped it was the Jordan 7. It’s alright though because we’re getting the most popular silhouette in that colorway! We all love the Jordan 1, and that’s where the whole story originally started. But everyone seems to look down on the modern Jordan 1 Zoom CMFT. Unpopular opinion, but these joints look sick as heck, and the new Hare colorway is making them even cooler! 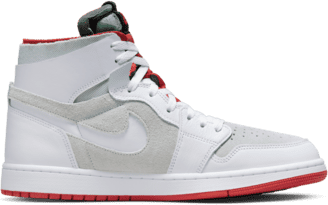 Jordan 1 Hare Zoom CMFT will drop on August 10, 2022, and will retail for $140. The kicks are less expensive than the classic Jordan 1, so they’re a great option for drip on a budget. And in case you ain’t fully sold on that shit, remember that you can flip that shit for up to $210. That means if you manage to cop multiples, you’ll be soon making enough to grow your resale business!

How to Cop Them Hares?

If you’re wondering, the kicks will drop on Nike SNKRS. It’s okay, we groan every time we feel the L approaching. But, if you wanna avoid that, then why not go for a Nike bot? A Nike bot like TSB, with the right proxies, can boost your chances at them Ws. It won’t guarantee it, but it’ll definitely give you higher odds than going in manually! Good luck!