Today’s pair is a mashup of three different areas. However, they all have one thing in common: sneakers. And since Nike is all about the culture and tributes to game-changing people, we’re getting the new Jackie Robinson Dunks! So, if you’re looking for a pair that looks good and sells even better, this is it. But before you dive into the release info, make sure you know how to measure your foot size. After all, you don’t wanna cop the wrong pair and not be able to flex it, do you?

Why Are We Getting This Pair?

Before we get into the looks of it all, we wanna talk about the story. Nobody plays the emotional cards like Nike does that shit. So Jackie Robinson is the legend who broke the color line in 1947. He was the first African American to start at first base in Major League Baseball with the Brooklyn Dodgers! And 2022 marks the 75 years since Robinson reached that milestone in the modern era. Of course, the natural thing for Nike here is to drop an epic pair of sneakers! 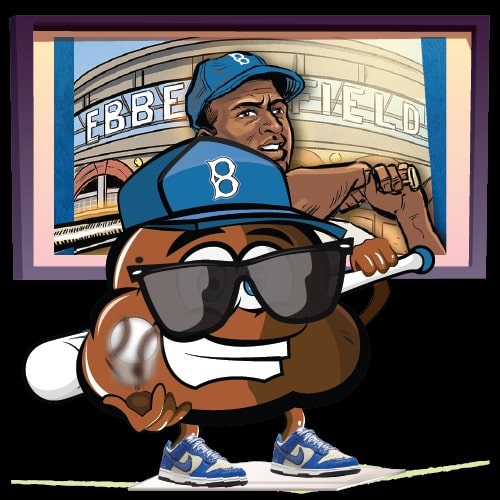 Okay, so there are a lot of details to unpack here, but that shit totally looks epic! First off, the colorway is a direct nod to the Brooklyn Dodgers’ colors: blue and white. The blue overlays and insoles feature Jackie Robinson’s iconic message: “I’m not concerned with your liking or disliking me… All I ask is that you respect me as a human being.” Moreover, the tongue features the number 75 while the heel has Jackie Robinson’s jersey number “42”! So, all in all, the pair looks pretty incredible.

So the kicks will drop on July 19, 2022, and will retail for $130. And believe that shit when we say that them sneakers will be worth your while. You can actually flip them for $592 on average! You know what that means? It means you can make a shit ton of money if you buy the kicks in bulk and flip them!

How to Catch Them Jackie Robinson Dunks?

First off, the pair will drop on Nike SNKRS, so the chance of taking the L is pretty high. But there’s always a way to avoid that shitty situation. You just gotta get yourself a good Nike bot like TSB! And make sure you hook it up with the right proxies and accounts. That way, you’ll be ensuring the best chance at a W.

A bot like TSB would be pretty convenient for you! It’s a very good bot that supports 40+ regions wherever you are in the world. Not only that, but it’s also in stock, and it will cost you only $300 per year. This means that you can leave a lil budget for the gadgets you’re gonna hook the bot up with! But always remember, even the best setups can sometimes fail. Good luck!