How Much Are Dunks? The Question We’re All Asking Lately!

Nike Dunks went through a long journey. That shit actually launched in the 80s, went through a hibernation phase, and became the hottest shit on the market. All that happened in the span of a few decades! But naturally, not everything stays the same, especially when we talk about money stuff. So today, we’re gonna as a serious question: How much are Dunks? We’re gonna answer that and check out the latest retail price increase rumors! Read on for all the Dunk tea!

How Much Are Dunks: Pricing All That Different Shit!

If you’re reading this, then you’re probably already in the loop of the different Dunk silhouettes. But well, relisting them won’t hurt anyone, will it? So, back in 1985, Nike launched a college-themed collection of basketball kicks. That was when the brand introduced us to the Nike Dunk High! The Dunk lows followed soon after because why not have both options available? Here Are the current and past values of both silhouettes:

PS: To be fair, we chose the prices of the early 2000s so that shit be comparable with the SB silhouettes!

In the early 2000s, Nike was trying to crack into the skateboarding community. And that shit was hard because why switch from comfy skate shoes to Nikes who don’t know their shit yet? But when Sandy Bodecker went on board, he made the SB division a thing. And his work came from skaters for skaters! Now, with Supreme collaborating with Nike on that shit and the brand giving it their all, Nike SB Dunks actually became a thing. Now, let’s take a look at their prices!

Okay, we’re gonna have to do the monster math here! Grab your inflation calculator and start scratching your head. So, in 1985, the Dunks came out, and they retailed for $65. So if we do the math (or let the calculator do it), we’ll find out that this is equivalent to $179 today. What we mean is that well… profit!

The same applies to Nike SB Dunks. So the lows retailed at $65 in the early 2000s; the equivalent of $107 in 2022. And as you already read, the kicks retail for $110, so, again, profit! But that’s not why we’re doing all that math. We’re doing it because we’re gonna discuss the price raise tea going around lately! 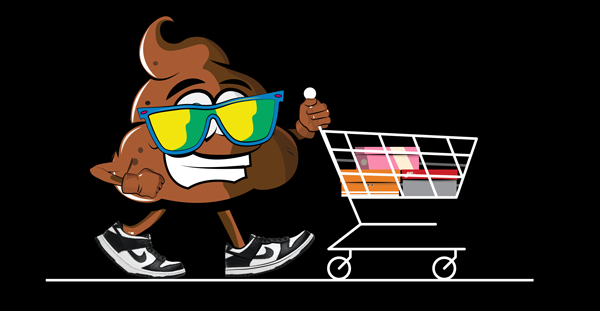 How Much Are Dunks? Well, More by the Year!

As we already mentioned, there’s a rumor going around that Nike will push Nike Dunk prices higher. That could happen in the next quarter for all we know! But that kinda makes us think; how will the price change affect the sneaker resale market? There are two options here: either the Dunk hype stays as it is with resellers making a profit! Or, the hype will die down as it did back in the early 2010s, and we’ll find Dunks in outlets. Either way, part of the industry will be very happy!

What you should know though, is that it’s still hard to catch Dunks for retail. That’s why you’ll need a really cool Nike bot to kickass on Nike SNKRS! And what’s cooler than The Shit Bot that’s been killing it on different regions lately? Make sure you check it out if you want in on any Dunks or Nike kicks generally! But along with a good bot, you’ll need the right proxies and Nike account. You have those, and you’re ready to get coppin. Good luck!