7 New Dunks Are Dropping Soon. Get your Cash Ready!

Alright folks, just when we thought that 2020 is THE year of the Dunks, 2021 goes like “Think again!” This week only we won’t be getting one, not two, but 7 different new Dunks. From a 1985 throwback to a futuristic fuchsia, we’re ready to reach the end of the month broke as shit! Let’s see which new Dunks you’ll be running TSB for, but all drops seem like a good place to start.

We're off to a great start this 2021! More to come📈 pic.twitter.com/AWwnt6QZmx

7 New Dunks… And We Ain’t Complainin’!

First of all, you should know that all these kicks are dropping in just ONE day. Don’t know what that means? That means that shit will go down on Nike SNKRS and you’ll need the best Nike bot in the industry. The actual release date of all the new Dunks is still a mystery, but they’re deffo dropping soon. And really, a shit ton of Dunks in one day seems good to us. Meanwhile, we know when the Street Hawker Dunks are dropping! So keep your eyes, and Twitter, open for the latest release updates! 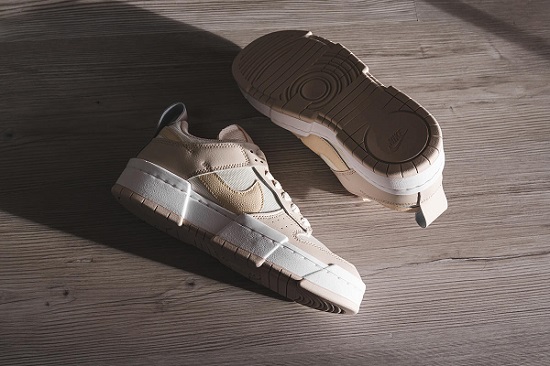 The first pair of Dunks on our list is the women-exclusive Nike Dunk Low Disrupt. Although the new silhouette isn’t as successful as the OG, we still can’t ignore it. And honestly? The new colorway is sitting right with us, but to each their own, right? The new Dunk Disrupt still doesn’t have a resale value yet. However, it wouldn’t hurt to cop for some cool flex either way!

Who knew an all-pink pair of Dunks would receive such love from the industry? When Nike and Ambush collaborate though, we know it’s gonna be a bomb… and it is. The upper features details like an extending swoosh and protruding heels. These edits’ goal is to make the new Dunks look like a bike, a nod to the Japanese transportation culture. This one is dropping on February 4, 2021. They will retail for $180, but they actually resell for $1,000+. You don’t really need any math skills to know that we’re talkin’ biiig money! 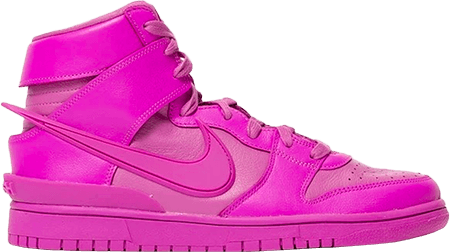 Next up, we’ve got a cool throwback to the OG days. Nike Dunk UNLV makes a big comeback in a low-top! The kicks were initially basketball kicks for the University of Nevada, Las Vegas. They were one of the several colorways that debuted the Nike Dunk line. And on January 14, 2021, it’s one of the colorways debuting the new Dunks of the year. The red and grey kicks will retail for $100, and with a resale value of $300, count us in!

Although the Ambush collab and the UNLVs are the stars of the show, we love us a pair of beaters. Luckily, you’ll have a full lineup of new Dunks to choose from! First, we got two high-top sneakers with a pretty frosty theme. One dons a pretty cool grey and white leather upper that can go with any outfit that you wear. The second is a lady exclusive colorway, and men will be definitely jelly! The new Dunks feature an awesome mix of grey, sail, and light blue leather. So if you wanna play the couple matchy-match game, here’s your chance on January 14, 2021! Both kicks currently resell at around the $300 – $350 margin!

Last but not least, we’ll end this list with two banger low-top Dunks! One will dress in a cool black and white upper, while the second will trade the black for blue leather. The white and black pair will drop in the US on March 10, 2021. Meanwhile, the university blue pair’s release date is TBA. These kicks should definitely go into your rotation if you’ll go for the UNLVs. So make sure you keep it locked on our blog for the latest on the new Dunks! And if you wanna try your luck at owning a copy of TSB, better subscribe to @The_Shit_Bot. You never know when shit will hit the fan!

Nike is really taking it to new heights with all the Dunk releases. So if you’re looking for more recommendations, we’ve got many upcoming kicks. First, we have Nike Dunk Low Hyper Cobalt if you’re into dark blue shades. We’ll be discussing this pair pretty soon, so stay tuned! This spring we’ll also be witnessing the Syracuse colorway in all its glory. Why? Because we’re getting a high-top edition after 2020’s Nike Dunk Low Syracuse! 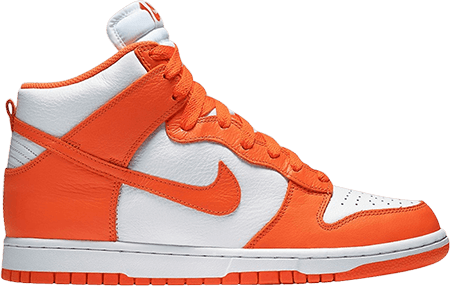