We’re taking a break from Dunks this time. We all have a thing for Dunks, but change is always refreshing! Not to say the University Blue Dunks weren’t fresh AF, but are they fresh enough? This time, the Swoosh is bringing back another kick-ass OG. We already saw the Jordan 1 Low silhouette in Nike’s annual Chinese New Year pack earlier this year. This model is being revamped with a retro launch of a Low Jordan 1 Neutral Grey.

Jordan set the tone for one awesome 2021 release back in February with the Air Jordan 1 ‘85 Neutral Grey. This OG sneaker returned this year for the first time since its 1985 debut and Jordan Brand didn’t hold back on the details. This drop was insane. And it did oh-so-well on the aftermarket. This February drop retailed for 200$ and it’s now reselling for $490. Already? Yes, fam! OG is as good as it is, ya’ll.

Neutral Greys for the Highs and for the Lows

But this ain’t about the Jordan Highs. Summer is here and you’re gonna need a Low pair to flex the heat away. This pair is gonna be dressed in a White, Neutral Grey, and a Particle Grey color combo. The Low Jordan 1 Neutral Grey is constructed in a White leather base with Grey suede overlays that hit via the Swooshes and the heel tab. Unlike the 1985 original and 2015’s Europe-exclusive retro release that was full-on leather. These shoes are branded with the ball and Wings logo on the heel and Nike Air on the tongue and insole, all in that same neutral manner. A White midsole and a Grey rubber outsole complete the design of these Lows.

The Low version of the Jordan 1 Neutral Grey drops on June 24 for $130 USD. That shit is fairly priced. no? 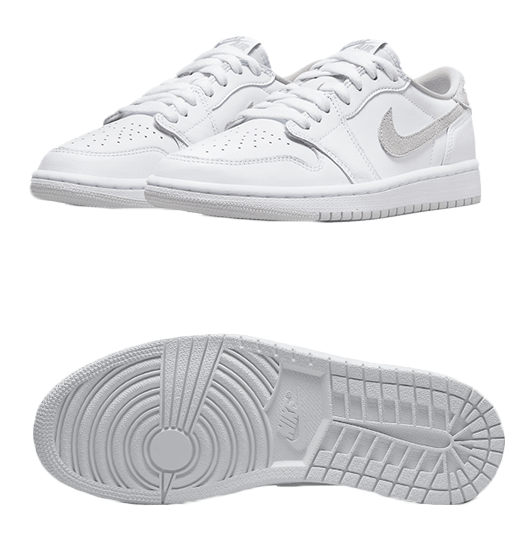 This is gonna be your go-to sneaker for the Summer. A White clean shoe with a dash of grey suede for some lavish vibes. For an everyday flex, it just can’t get better than this. This baby is on the aftermarket $219 right now, and that’s a pretty good number. But for some good cash, you’ll want to buy a few pairs of them. Using a top-notch bot!

This clean pair of Js will release on SNKRS, so you know what you need. Your best Nike SNKRS bot, the shittiest bot in the house! If your sneaker head has been around for some time, you sure know the shit load of success TSB fam scores. And you know you want a piece of it! The Shit Bot is all over Twitter every drop, you won’t believe it’s true. Until you cop as well!