Nike’s lineup is MASSIVE this year. It’s just never-ending. The Swoosh’s output of Dunk colorways has been welcomed by sneakerheads, big time. Releases are selling out in a matter of seconds and it doesn’t seem like this hurricane is going anywhere anytime soon. Let’s check out what June’s Nike Dunk Low University Blue is all about.

Nike Dunk Low University Blue: Nodding to MJ’s One and Only UNC

These next blue kicks are inspired by the University of North Carolina. Why? Because it’s the college institution that MJ attended and played during his NCAA career. You gotta nod to the legend’s University, fam. The love for the “University Blue” is everlasting. And this Dunk Low might just be this year’s finest release. 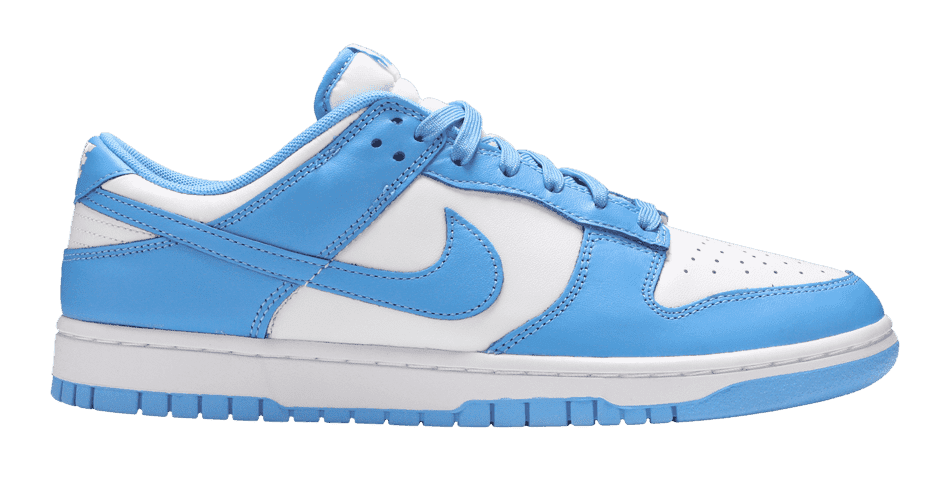 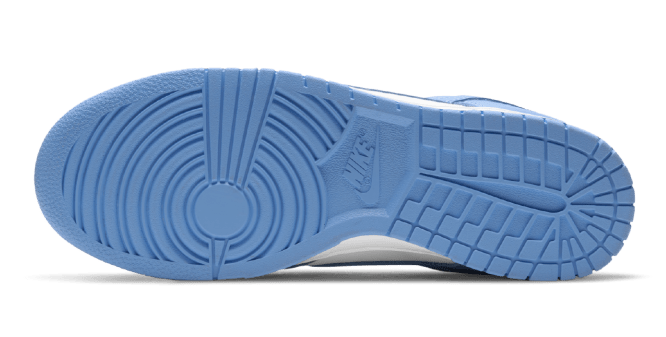 Although this Nike Dunk Low University Blue takes us back to the archive of colorways since 1999, it’s actually shit trendy. Dressed in “University Blue”, this low-cut Dunk features a color blocking that’s seen on a majority of previous similar releases. The blue color covers the uppers and ankles, as well as the Swooshes and heel tabs. White leather panels fall in their usual place, at the classic perforated toebox, tongues, and quarters. Rounding off this clean design is a white midsole and a blue outsole.

Nike Dunk Low “Coast”? Is that you?

Finally, Nike branding hits the tongues in the same University Blue and the heel tabs in crisp white. Branding is probably the only thing that could let us tell this Nike Dunk Low University Blue from the women’s Nike Dunk Low “Coast” that hit the market earlier in the year. Both pairs look sooo damn similar! Except for that colorful branding. that’s pretty much it! So if you missed out on the Coasts, you better make a W with this one. 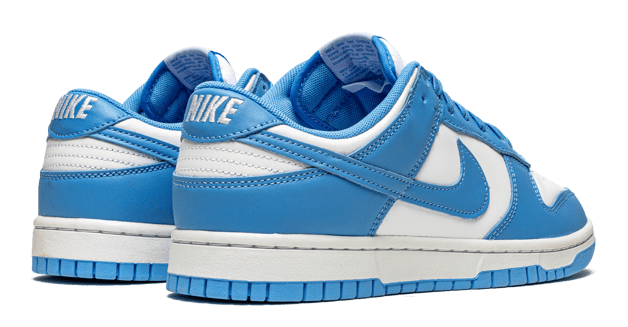 So, if you know your A-game, you know that anything that drops in a “UNC” inspired colorway will end up being the shit. The Dunk Low “Coast” did pretty well on the aftermarket. The pair that dropped for just $100 bucks is now reselling for $340. Now that’s some good, easy money, right there! And the same seems to go for this Nike Dunk Low University Blue. The pair hasn’t dropped yet and it’s already reselling for $288.

By keeping the “Be True To Your School” revivals pumping, this University Blue Dunk is going to shit you some good cash. But to fill up your summer pockets, you got to get ready. What does that mean? We mean bot ready, fam. You ain’t copping shit without a good-ass Nike bot.