Kobe 6 All-Star Is Bringing Style to the Western Conference!

So Covid-19 really popped our bubble and destroyed many of our plans. But anyway, the show must go on, and so does the NBA! Although the game hit some bumps, we’re happy that it’s up and running for All-Star 2021. Although the game usually takes place in February, this year it’s happening in March. But it doesn’t matter when the game happens, because the western conference got mad style thanks to Kobe 6 All-Star! And speaking of the All-Star game, did you check out these awesome Dunks?

10 Years Later and Still as Hot!

The interesting looking Kobe 6 All-Star isn’t new by any measures. It dates back to 2011’s All-Star game that took place in Los Angeles. And you can’t have a game at Kobe’s home, the Staples Center, without him leaving his mark. In fact, he led the Western Conference team to a 148 – 143 win, and scooped the MVP award! He did all that while wearing a very interesting pair of red Kobe 6s to match the uniform. 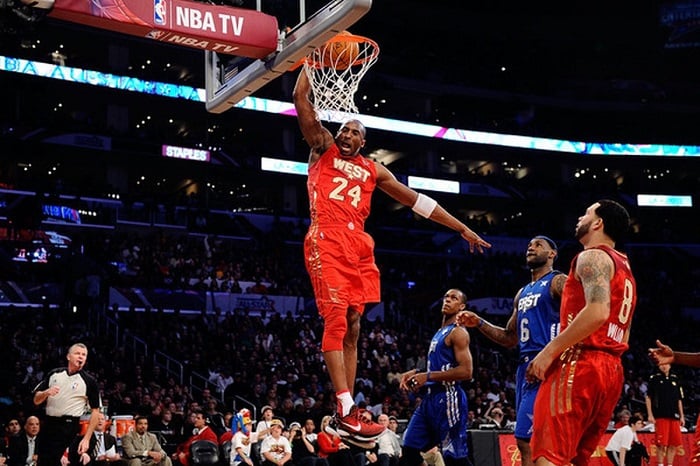 The pair featured a gradient red snake-like leather upper with a white swoosh. That makes sense because who doesn’t love some Mamba spirit? The striped laces feature an LA tag on one foot and 2011 on the other. The midsole and heel area come in black to highlight the reds. Kobe Bryant’s signature is also one of the sneaker’s highlights! Finally, the translucent ice outsole gives the pair an interesting look.

Nike is bringing public favorites back in 2021, including the Kobe 6 All-Star. Sometimes they take liberty in changing and tweaking the kicks. However, that’s not the case with the Kobes because the pair is pretty loyal to the OG. The only difference is that the pair went through performance updates! Instead of the classic Zoom cushioning, we got the Air Zoom Turbo in the forefoot. So really, it’s a mashup of everything we love between tech and looks, just like the Grinch 6s! Honestly, it’s a hard-to-miss-on pair fam, and here’s how you can get it! 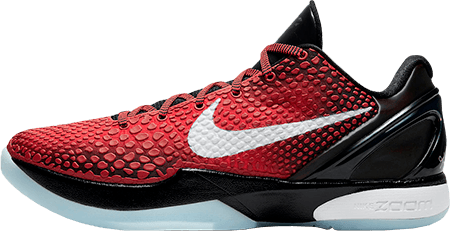 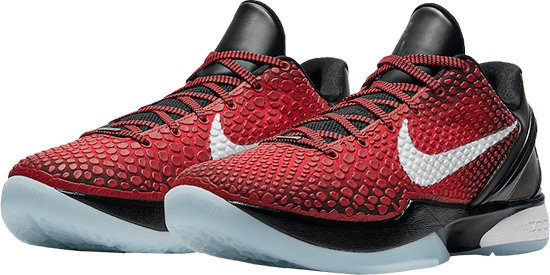 Slam Dunk the Release with TSB

The new Nike Kobe 6 All-Star will drop on February 20, 2021, for the usual $180. The sneakers are pretty awesome and they’re worth about $350 on the aftermarket. The original 2011 pair goes for $700 on average! So you’re probably thinking: “How am I gonna get THAT”. Well, if you’ve got TSB, the best Nike bot in the game, you don’t need to worry homie. That shit will be in the bag before you know it, and wherever you are! We still remember last December’s success with the Grinch with thousands of checkouts! So whattaya waitin’ for? Hop on to @The_Shit_Bot for a chance to win a key (or cash) to own this shit.