Jordan 13 Flint Returns in a Reflective Colorway Just in Time for Summer!

Before it was known as Jordan 13 Flint, the Air Jordan 13 OG of 1998 was among the seven model colorways created by Tinker Hatfield. More specifically, it was in Carolina Blue. Since flint is more of a greyish stone that sparks when it hits steel. So, point made by the Jordan team. Although MJ did not wear this Jordan 13 colorway on court, its flint grey appeal and raw power have made it nothing less than popular. If it were a Jordan 1, it would have definitely made it on the best colorway list, is what we’re saying. And if the Fresh Prince pushed the series a couple more seasons, Will Smith would have flexed the OGs upon release!

Win an Official Copy of The Shit Bot!

Competition is on fire! Cookgroups are still trying to score top mentions to win an official TSB copy. And it ends tomorrow! Which means you still have a shot to win The Shit bot restock. From Jordans to Dunks and Air Maxes, the best Nike bot is scoring a high number of checkouts in all Nike regions. You’re gonna need yours to cop this year’s hotshots. Keep locked to our blog to find out what they are!

🚨Picking COOKGROUP with most mentions TOMORROW🚨

What’s the Fourth Iteration of Jordan 13 Flint All About? 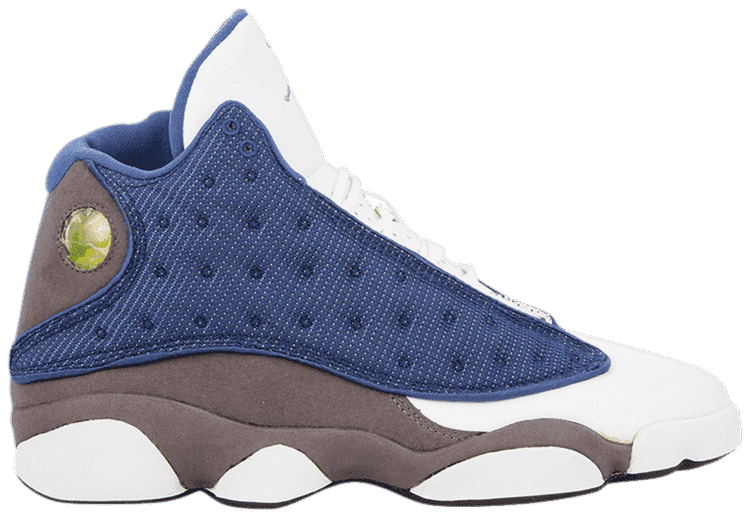 This is our fourth iteration of the colorway. The 2005 Retro was reflective, the 2010 Retro wasn’t, and in 2020 we’re back on reflective! Like a five-year reset button design strategy. Grey dominates the midsole area of the latest iteration. With white tumbled leather on the toe box setting a clean boundary. A flint blue shade takes over the upper and divot markings inspire its texture. Almost golf ball-like. The iconic green emblem on the side heel is like a crystal ball holding the Jumpman and his signature 23. This model is also known for its cat-foot traction. Which makes it a balance of finesse and animal power. This year’s Jordan 13 Flint will release on May 30 on Nike.com for a retail price of $190. With a resale value reaching up to $2,000 on GOAT and reselling regularly in the $500-600 range on StockX in May.