Air Jordan 11 is an interesting silhouette. With them Concords and White Breds on our feet, we got nothing to complain about! But what about the IE? Well, Tinker Hatfield thinks it’s the summer edition of the 11s! So just in time for summer, Jordan is dropping a pretty hot pair of kicks that became a public favorite! The Jordan 11 Black Cement IE!

What Does IE Mean?

Well fam, nobody knew what IE meant until Nike themselves came out to clarify the meaning. People thought that it meant “Imprinted Elephant” (we’ll get to that later on), but that was wrong. According to Nike, IE means “International Exclusive”. But what does the meaning mean? Search me, no one knows! 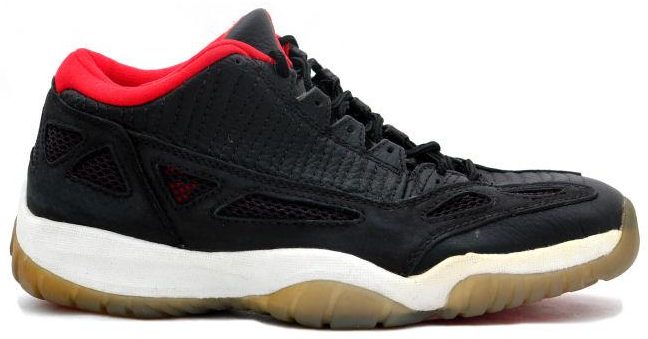 As for the Imprinted Elephant, it was a believable idea, and not just because the letters fit! In fact, Tinker Hatfield ditched the patent leather for the sake of more breathable material. What was that material? You guessed it, the famous elephant print! People thought it’s a great idea too. And let’s be real now, we love the OG 11s, but they’re not the easiest to style. From then on, the IE 11s gained a cult following!

After a kinda long absence, we’re ready for a new colorway. But the new Jordan 11 Black Cement is so worth the wait! Nike took the OG Air Jordan 3 colorway and slapped it on the 11 IE. However, the outsole on the Jordan 11 Black Cement IE is a translucent white. The result is a fire pair of kicks that you feel the need to flex this summer! 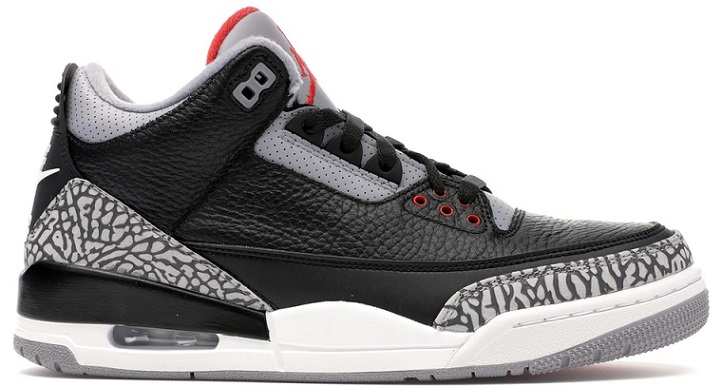 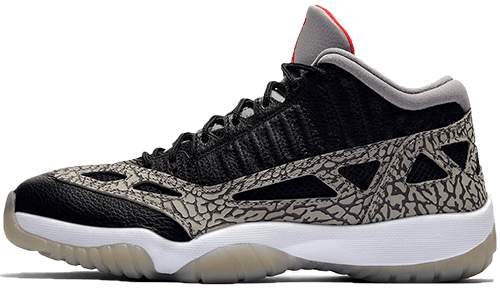 The kicks will drop on July 9, 2020, for $170! So if you got some time and looking for a pair that’ll make you some easy cash, you got it fam! The Air Jordan 11 IE Black cement resells for about $300 a pair. And that’s when you need a bot to get some shit done consistently. So make sure you have TSB and follow us on Twitter for a chance to win some cash!