We are die-hard Jordan fans over here. If you aren’t, do us a favor and just close this tab, will ya? We ain’t judging. But this is just how we roll. If someone out there is inspired by them Jordans, that’s cool alright. The story, design, the worth, and the hype of Jordans are all oh-so inspiring! But some recent news has pissed us Jordan lovers off, BIG time!  I mean, we know the Jordan 4s are dope, and their hype is just like no other. But you can’t just make something that looks so similar expect to receive equal hype. It’s not how it goes. With all that being said, check out these Acne Studios sneakers. 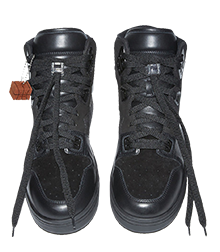 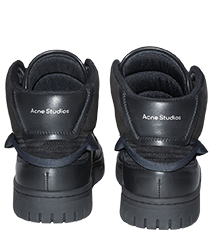 Acne Studios Sneakers: Let’s take a Look at this “Duck”, Shall We?

Obviously, this is a high-top lace-up sneaker. It’s full-on leather and it’s specifically made from 100% calf leather. Describing this shoe is basically describing the AJ4s. But we’ll go ahead, anyway.  These Acne Studios sneakers released in multi-black, multi-white, and gray colorways. Pretty neutral kicks. The perforated toebox, the lacing system, the eyestays, the heels, and thick rubber soles all resemble the one and only Jordan 4. Add to that lace-locks that are also inspired from Jordans, but this time, the 5s. You can spot the branding on the heel tabs of the shoe, just like the Jordan model, where “Acne Studios” is printed in white. A plastic hangtag of a cubic basketball finalizes the look by suspended from the shoe’s laces.

Déjà Vu, and Not Just Once …

Honestly, fam, look at the white version from these Acne Studio Sneakers. They’re such an Off White Jordan 4 Sail déja vu! And the grey ones remind us so much of the KAWS AJ4s. 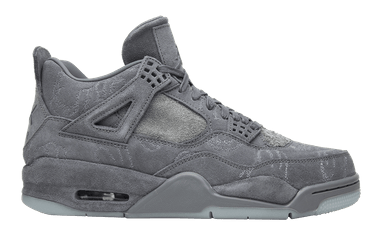 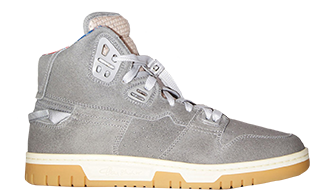 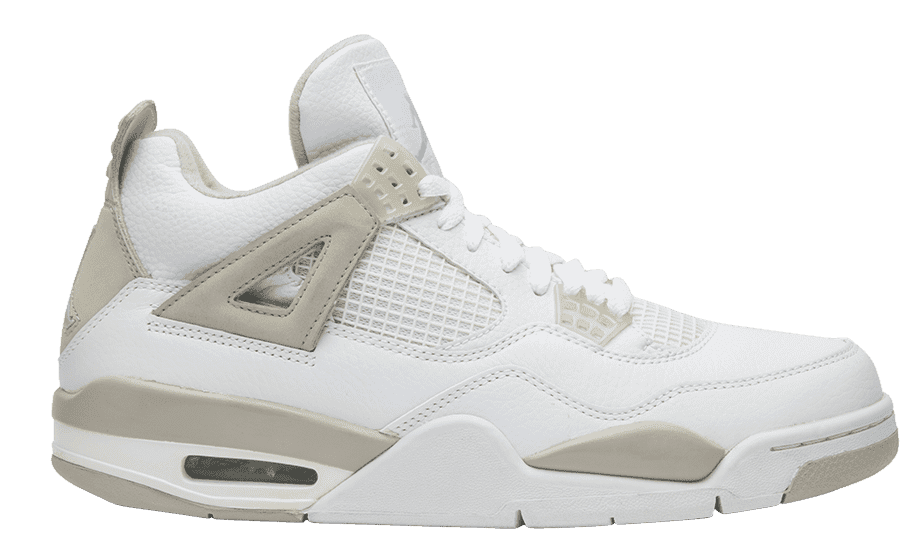 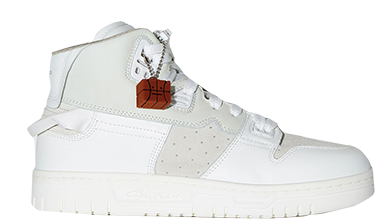 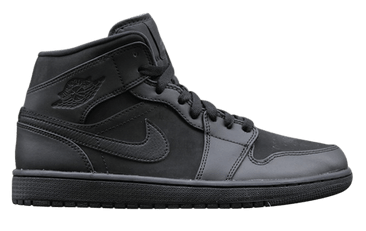 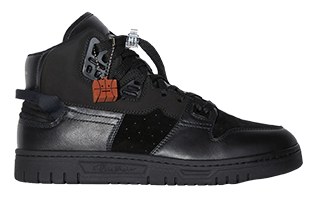 “Simplicity is the ultimate sophistication” … Not When it’s Copied, Though!

The Acne kicks are basically luxurious basketball shoes, where the rounded toes and exaggerated eyestays just can’t but remind you of the AJ4 every single time you look at them. The only thing that’s different about this Acne pair is that it’s simply elegant and more sophisticated. The Jordan 4 is a street-style shoe that’s more on the casual side of kicks. Whether you like this offering or you hate it, we can’t help but admit that it’s the perfect way to offend Jordan-heads.

In case you’re wondering, these Acne Studios sneakers are for $510 USD at retail. Which is twice as expensive as your average AJ4. Well, unless you wanna compare them at resale, then that’ll do. But guess what? The Acne sneakers already sold out on the official website. So, are they really worth it? With all the awesome Jordan 4s out there, I don’t think so. You can go fetch the Black Cat Jordan 4 at StockX for $440 right now. Or if you’re looking for a cheaper option, the Retro Laser Black Gums will do at a good $268 bucks. That’s fair enough. So, hear us out. We be lookin’ out for ya’ll, always. Just wait for the next black AJ4 drop and forget about this wanna-be pair. Mark your calendars and work your shit bots right on time.