We all know that the Kardashian Klan members are marketing moguls. And that shit got even better when the kids started lowkey taking part in the marketing campaigns! But nobody, and we mean nobody, flexes the crap outta their daddy’s kicks like little Stormi. So far, she outshone her mom and dad with the envy she’s drawing! I mean, who wouldn’t envy her when she wears the latest Travis Scott Fragment Jordans? So let’s check out the freshest n cleanest release of this summer! 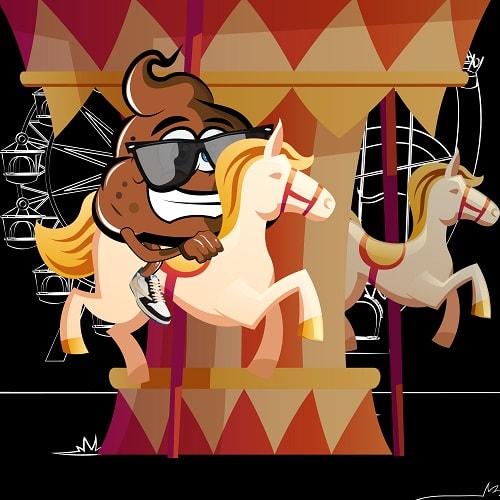 That might be the case for most cases fam, but it’s not for this collab! We all remember the monumental Jordan 1 Fragment. And boy, aren’t most of us familiar with the L of Travis Scott’s Jordan 1 release? But when the three sneaker giants do a mash-up, that’s when everyone loses their heads folks! The upcoming three-way collab between Travis Scott, Fragment Design, and Jordan Brand will be worth the copping effort. You mark our words!

We gotta give it to La Flame, he knows how to hype a pair of sneakers, but so does Stormi. She rocked the lop-top Travis Scott Fragment Jordan 1 on a carousel, like the badass she is! The pair features a leather upper in a mix of white, black, and royal blue. But what really catches the eye is Travis’ signature reverse swoosh that comes in sail this time. It actually matches the laces and the midsole. Finally, Fragment’s logo embossing on the heel compliments the Air Jordan wings and Cactus Jack’s logo!

High Tops Are Always a Yes for Us!

If you think the low-top Jordan 1 collab is the best of it, boy are you wrong wrong. The Travis Scott Fragment Jordan 1 High is a sight for sneakerhead eyes! It features the same color-blocking as the low version, but somehow better! The white is a bit stronger, and the reverse swoosh is in black instead of sail! The only bit of sail on this will be on the midsole. As for branding, the heels will rock the three logos, so you can equally flex them all! Another tiny detail we love is the print that we saw on the Fragment Dunks that recently dropped. 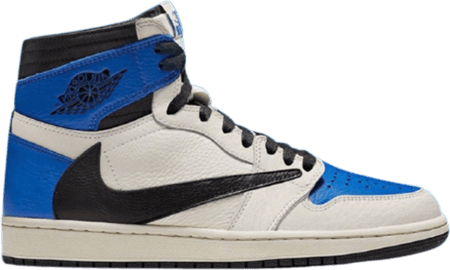 Travis Scott Fragment Jordans: Worth Their Weight in Gold?

So we don’t have an exact release date, but it’s alright. Just keep an eye on our blog for the freshest news! What we do know, is how much the kicks will flip for. The high-top pair of the Travis Scott Fragment AJ1 resells for $11,228 on average! Meanwhile, the low version of the collab still didn’t surface on the aftermarket. But we’re totally sure that it’ll go for a jaw-dropping number fam. After all, resellers will be doing their best to get as much profit off of these. Well, probably from ragers… So make sure you have an excellent Nike SNKRS bot like TSB on drop day! Otherwise, your effort will go down the drain!