We’ve got to thank the “Be True To Your School” campaign  from the 80’s for them Dunks. They are one of the most iconic silhouettes of all time. Full stop! We’ve already known of this 2021 Dunk lineup since last year. And obviously, the Swoosh put some shit effort to keep the Dunk in the headlines. Alongside the dope Nike Dunk Low “Michigan” dropping on April 16, two Green Nike Dunks are coming our way that same day.

“Spartan” Vibes Back in Lows

First of  the Green Nike Dunks is the low “Team Green”. Where have you seen this before? Yup, very recently. The “Team Green” is a follow-up to 2020’s Dunk High “Spartan Green”. The “Team Green” offers an effortless minimal look full of college-feels.

These Green Nike Dunks are keeping it classic with their color-blocking. The upper of this pair is done up in dope white leathers. This includes the toe-boxes, quarters, and collars of the shoes. Tongues also come in white nylon with green trimmed highlights, and a Nike Sportswear-style tag. “Team Green” color arrives on the mudguards, eye-stays, heels, and Swooshes. The shade of this “Team Green” is slightly lighter than the one used on its former “Spartan Green”, though. We’re also loving the slight hint of variation on the insole branding that hits with a bright neon orange. 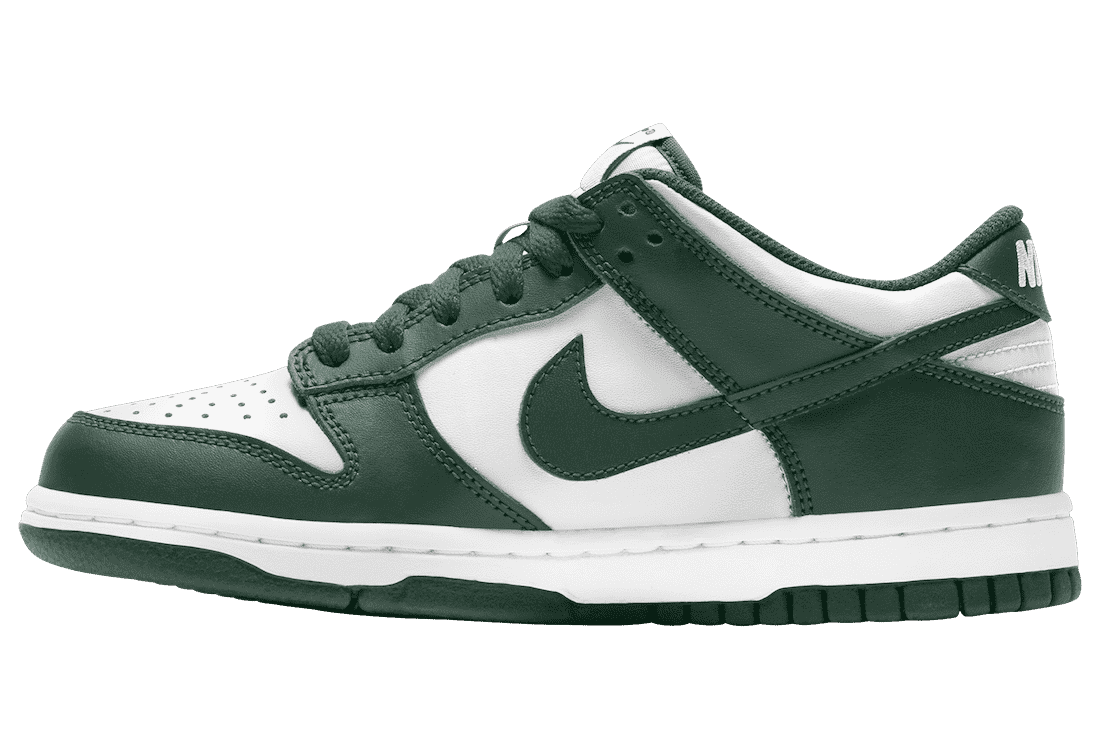 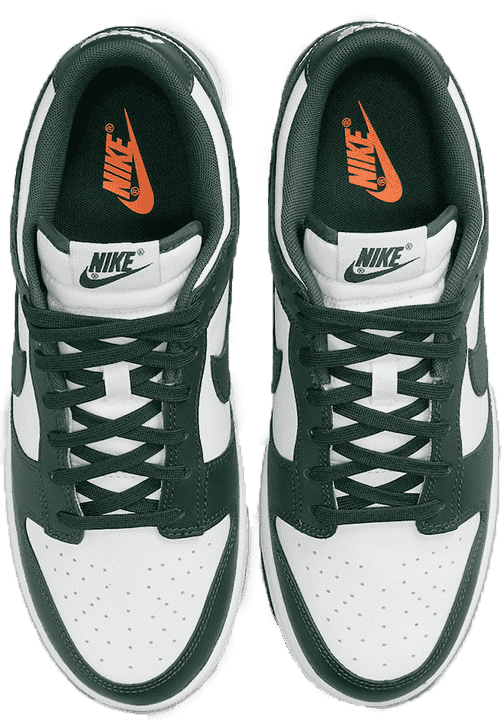 Prefer this or that, we are still fans of Green Nike Dunks, fam. So, if you missed out on the highs, this pair is the right one for you. What’s better than fetching the same old high “Spartans” for a more Summer-friendly format.

Alongside some Retros and new, moist collabs, the silhouette is expanding in a number of Spring/Summer colorways. But more importantly, we need to show the Swoosh some loving for the decent effort they have been putting into their Women lineup. First seen in action with the Laser Orange, and now with this Glow Green pair. 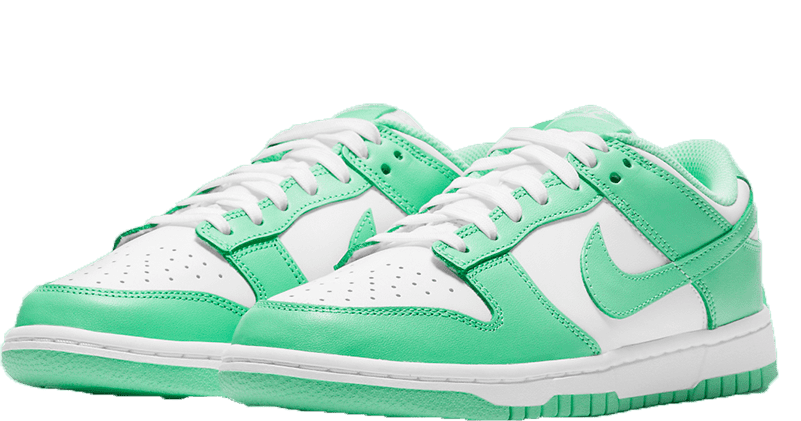 Uppers of these Green Nike Dunks display a signature mint color that hits across the mudguards, eye-stays, heels, and Swooshes. Just another two-toned classic Dunk. White branding appears on the heel tab in an embroidered spell-out graphic, while a fabric Nike badge in “Glow Green” hits the nylon tongues. White laces finish off the look along with white midsoles that lay on top of Green outsoles. This Women exclusive is keeping us fresh with the mix of classic Nike Sportswear vibes and avantgarde secondary hues. Alongside the nicely color-blocked “Easter” version, this “Glow Green” is fit for the season. 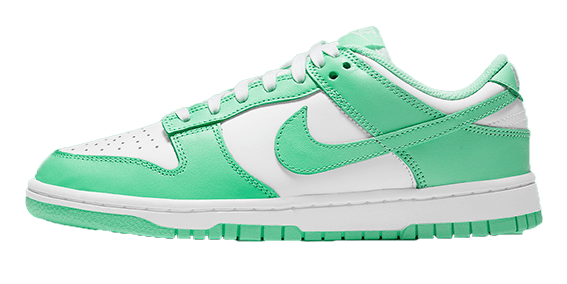 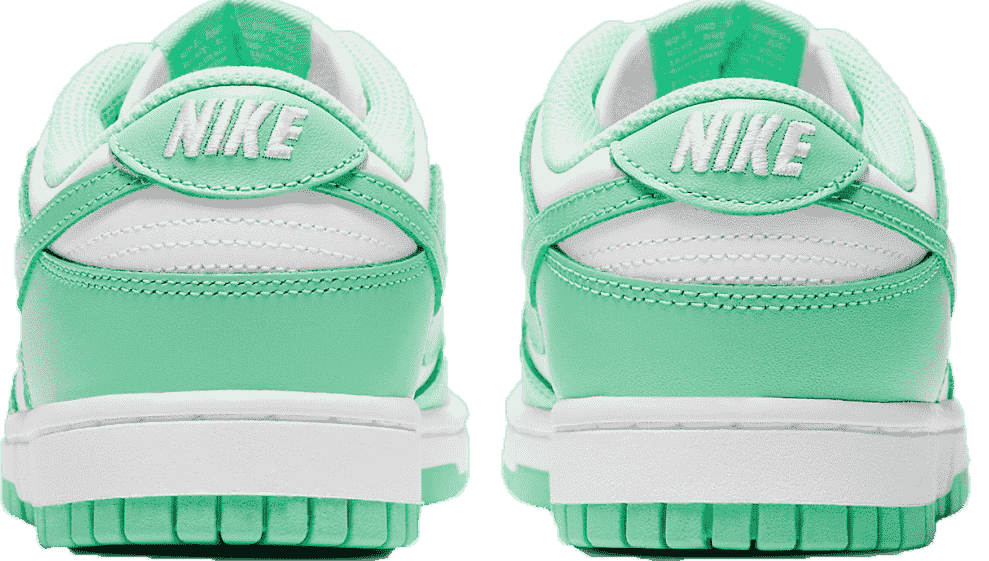 Don’t worry though, fam. Alongside the ladies, male sneakerheads will also be out to get this pair. It’s pretty clean and simple for that reason, y’all. And that’s why we’re expecting a huge hit with these lovely Green Nike Dunks.

You can never go wrong with Low Dunks, and here at The Shit Bot, we’re huge fans. If you’re looking to get your hands on a pair of these classics, then you know you’re in the right place.

Both Nike Dunk Lows in “Green Glow” and “Team Green” will release on April 16, with the usual standard $100 USD. “Green Glows” are already receiving some heat on the reseller market for $300  a pair. And you know what that means. You need your one and only beloved TSB on release day.