Ain’t nothing in the world like peace, love, and basketball. Although the first two kicked it off (with the help of recreational drugs) in the sixties, Nike added basketball to the blissful equation in 2020. With sneaker models like the Nike Challenger, Blazer Mid, and Air Force 1 having released under the blue and yellow inspiration. That being the chosen colorway for Nike’s PL&B celebration. Only last month, the sunshine trend produced a Nike Air More Uptempo under the same influence. It first dropped in all sizes on October 22 and will drop soon again this November. 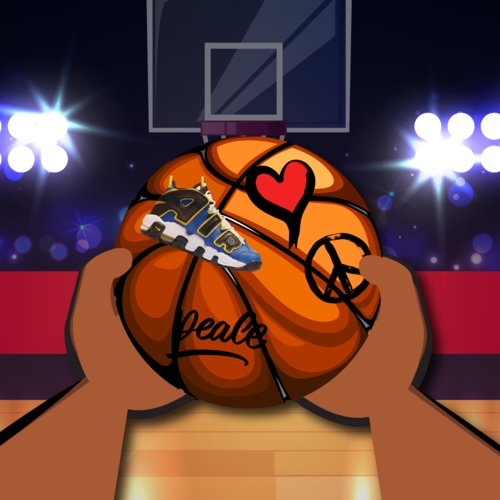 Inspired by the graffiti movement in the nineties, Wilson Smith released the first Nike Air More Uptempo with visible Air soles in 1996. Scottie Pippen also dropped a Summer Olympic edition in the same year. Considering that both sneakers defined the Nike Air More Uptempo in its first year, you can say it’s a combination of Wilson Smith’s branding strategy and Scottie Pippen’s creativity. Although the Nike mastermind thought it was, as quoted, “a little overwhelming.”

Wearing the Game Royal colorway which we’ve seen a whole lot in the Jordan game this year, a black “AIR” logo sticks to the side of the sneaker. With a yellow contour matching the eyelets for a bright pop. The insole is where this sneaker gets interesting. A circle engulfing the peace, love, basketball text is at the center of the insole. With a light blue skeleton peace sign! Lucky for us Nike is not so serious about itself. 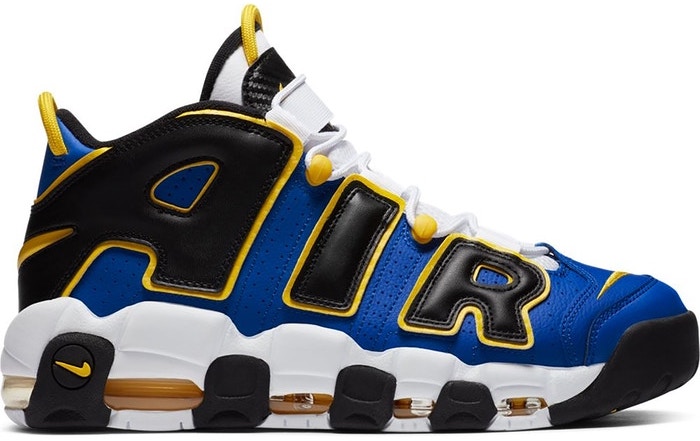 The Nike Air More Uptempo is expected to drop again on November 7th for a retail price of $170. A value chain is currently not available on GOAT. And only two sales have been made on StockX at an average $425. So, if you’ve got the rest of the peace, love, basketball line, copping this valued sneaker will definitely hype up your collection.

So, if you’ve got a TSB copy, happy copping for the rest of the year. With the Holidays coming right up, being on the side of the only working Nike bot on the market is a gigantic plus. With $240K in user profit made off the Jordan 1 Mocha that took Halloween in storm, we’re bringing it full shit mode for November Jordans.