eBay Dunks: The Mythical Kicks Are Actually Coming Our Way? 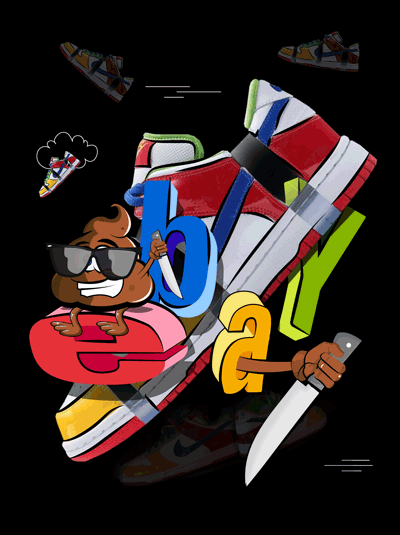 Just when we thought that the sneaker industry is starting to have nothing to offer, we get this! If you’re a true sneakerhead, then you totally did your sneaker industry homework fam. That would make you kinda aware of what we’re discussing today! But if you’re brand new to all that beautiful mess, you’ll wanna catch up. So for starters, check out this list of sneaker terms every sneakerhead should know. Now, let’s take a look at why the return of the eBay Dunks is such a biggie!

Some Interesting Shit Went Down with the eBay Dunks!

Our story starts back in 2003 when Nike dropped what became the rarest pair of sneakers ever. The colorway in question was all about eBay’s logo colors! So the pair went to auction, and somebody paid a whopping $30,000 for them. Of course, they got the pair in their shoe size, while the auction sample got destroyed! The money from the auction went off to the Tim Brauch Foundation and also to build skate parks in Portland!

It wasn’t until 2018 that we found out that the auction winner was none other than Sandy Bodecker! For those who don’t know him, he’s the man behind the glory of the Nike SB division. Unfortunately, Bodecker passed away in 2018, and the whole skateboarding community mourned him. And now, Nike seems to have something cooking to tribute this grail!

Okay, so we know that Nike Dunks originally dropped in 1985 as basketball shoes. But it wasn’t until 2002 that Sandy Bodecker stepped in, took the Dunks, and made them skateboard-ready! Can you believe that? It’s already been 20 years since the SB division came to life. And in June 2022, the Bodecker Foundation posted a picture of new kicks. The caption said “We’re putting the piece back together” with Nike and eBay tags. It’s safe to say that sneakerheads went crazy at the prospect of getting the eBay Dunks!

And now, we have new pictures of the kicks! They’ll come in the same colorway as 2003’s eBay Dunks. But catch this: the pair will also look like it’s chopped up, but it’s not really chopped! Instead, the outsole will feature translucent bits that are connected to transparent TPU in the upper. The insoles will feature a picture of Bodecker on the left side and the OG eBay Dunks on the right.

What Do We Know About the eBay Dunks So Far?

The pair will probably drop in celebration of the SB division’s 20th anniversary. So that makes the release date sometime before 2023! Although we don’t know more about the actual release, we know that they will be valuable as heck. Make sure you keep it locked on the shittiest blog for the latest release news once we have ‘em!

Anyway, you know what you need for a drop like that, don’t you fam? Yep, you guessed it; a Nike SNKRS bot! A bot will help you get the best odds at scoring a W on drop day. And you don’t have to look too far because TSB is one of the best in the industry! Hook it up with the right proxies and Nike accounts, and you’ll have the best chances of success. But always remember, even the best chances will make the W closer, not guarantee it! Good luck!