If you weren’t paying attention, the sneaker industry is a huge mashup of cultures! From the far east to the west, we all know a gem when we see it. So when two brothers came out of their parents’ basement (literally) to the skateboard world, we were sold! And after getting the Frame Skate Habibi Dunks, we’ll get another type of love. Here’s everything you need to know about the Arab-rooted Carpet Company Nike Dunks we all want!

But First, A Little Recap!

Exclusive Nike releases always come with different levels of hype. But no matter the hype, TSB will get it for you. With 6K+ checkouts of AJ3 Cool Grey and over $1M profit in Dunks, we pulled that shit right off! And if you want in, better hop to our Twitter and take part in our giveaways. You could be one of the happy coppers on the next hype release!

What Is Carpet Company?

Simply, it’s the brainchild of two brothers who live in Baltimore, US! Ayman and Osama Abdeldayem always wanted to celebrate their Egyptian Muslim roots through skateboards. So, from their parents’ basement to the world, Carpet Company made a name for itself in the skate world. Well, it must have, because Nike always looks for the best and collaborates with them! The result? The pretty dope Carpet Company Nike Dunks! 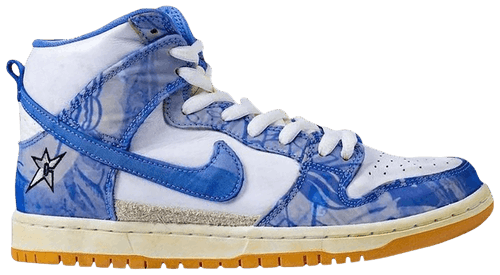 The kicks feature a pretty good-looking colorway. It starts off with a white leather base and blue canvas overlays that give off a DIY vibe. But that’s not the catch! You can cut off the blue overlays and reveal a pretty lit yellow colorway with the store’s emblem. The guy with a fez on his head is also on the hidden panel! You can also find an interesting detail on the heel. It says: “Brought to you by the habibis at Carpet Company”. On the other heel, you’ll find the word Nike in Arabic letters, in addition to Arabic lettering all over the shoe! 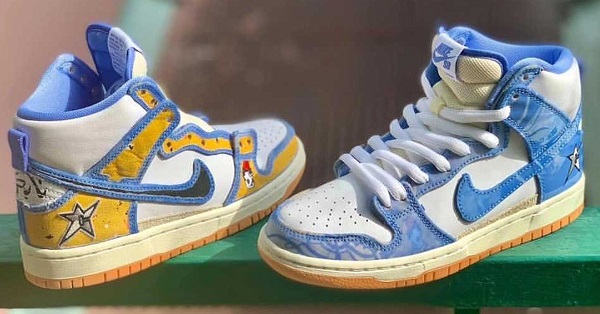 The Carpet Company Nike Dunk High will drop exclusively at Carpet Company on March 9. However, the Nike Snkrs release is on March 12, 2021, for $125! But if we look at the resale, we can see why it could be the Dunk of the year. You can flip the kicks for around $1,500! So, could these Dunks be 2020’s Chunky Dunkies? One thing’s for sure, if it’s anything like the Ben & Jerry collab, it’s gonna sell out like crazy! So you’ll need to have a powerful Nike bot, and it happens that TSB is the best bot in town. With more than 45 countries supported and a 96% success rate, you’ll need it! So make sure you stay up to date with sneaker news on the crappiest blog in the industry!