The sneaker community is always on the hunt for the next cool thing, and we’re totally guilty of that too! Sometimes the kicks are easy to find; other times, not so much. But we knew that today’s kicks are the shit from the moment we laid eyes on ‘em! Although the Nike Civilist partnership isn’t breaking news, we’re always down for that ride. So, what’s with the new Air Force 1? Let’s check out these joints and why y’all wanna invest in them! 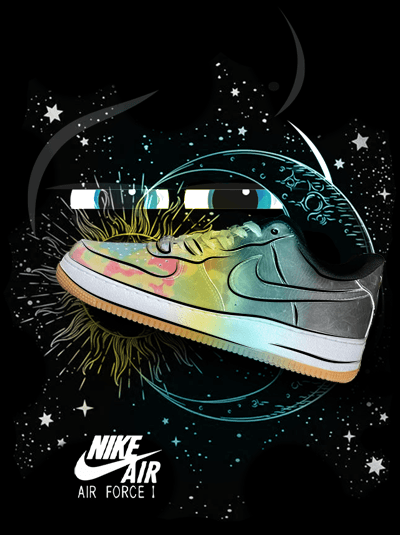 Two years ago, the whole world was in quarantine and patiently sitting at home, avoiding Covid-19. However, something positive came out of these dark times, and that was a booming sneaker industry! Everybody wanted in on the sneaker industry, and brands were raining kicks down on us. Some pairs were ok, some were hot, and some were pretty sick!

Now one of the biggest players on the field was obviously the Swoosh! And they had some outstanding drops, including the Nike Civilist partnership. Civilist is a skateshop from Berlin, Germany. The brand is all about the culture, and you can see that in their store’s design and collaborations! And in 2020, the Nike Civilist collab took the industry by storm. That shit was a Nike SB Dunk that reacts to heat fam! When you expose it to sunlight, the kicks turn into a deada$$ heatmap! These babies are worth $640 on average on the resale market, aka lots-o-money.

You didn’t think that 2020 ended, and with it, the Nike Civilist collab, did you? Nay nay! This partnership is as strong as ever with a new drop on the way! The new Civilist Nike Air Force 1 features all the details we saw and loved in 2020’s Nike SB Dunk. The upper in the dark looks black, and then, once you put it under sunlight or temperature, it’s a party! In contrast, the midsole stays crisp white and sits on top of a gum outsole. Oh and obviously, we’ve got Civilist’s logo on the heel to complete the looks. So all in all, the kicks are pretty sick!

Nike Civilist AF1: What Do We Know So Far?

As far as release info goes, that shit is still kinda under wraps. But keep checking the shittiest blog for the latest news when they emerge! In the meantime, you gotta be ready to cop these babies. And to do that, you’ll need a great Nike SNKRS bot like TSB. With the shittiest bot on the market by your side, your odds of success will be as high as a kite! Our users been copping the latest and hottest releases in different regions of the world. So what are you waiting for fam? Hop on this ride and click here! Good luck!